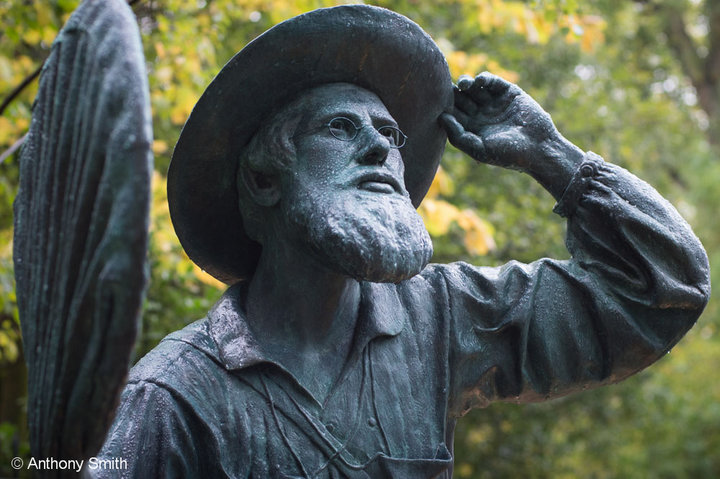 "...there is no more admirable character in the history of science." Sir David Attenborough, 2013
"It is curious how we hit on the same ideas." Charles Darwin to Wallace, 1867
"...very few things in my life have been more satisfactory to me -
that we have never felt any jealousy towards each other,
though in one sense rivals." Darwin to Wallace, 1870

"Great is the power of steady misrepresentation; but the history of science shows that fortunately this power does not long endure." Charles Darwin, Origin of Species

This site is dedicated to the life and work of Alfred Russel Wallace (1823 - 1913), was one of the greatest scientists of all time. His seminal contributions to biology rival those of his friend and colleague Charles Darwin, though he is far less well known. Together Wallace and Darwin proposed the theory of evolution by natural selection in 1858, and their prolific subsequent work laid the foundations of modern evolutionary biology - and much more besides.

Wallace made enduring scholarly contributions to subjects as diverse as glaciology, land reform, anthropology, ethnography, epidemiology, and astrobiology. His pioneering work on what would become evolutionary biogeography (the science that seeks to explain the geographical distribution of organisms) led to him becoming recognised as that subject’s ‘father’. Beyond this, Wallace is regarded as the pre-eminent collector and field biologist of tropical regions during the 19th century, and his book The Malay Archipelago (which was Joseph Conrad’s favourite bedside reading) is one of the most celebrated travel writings of that century and has never been out of print. Wallace was a man with an extraordinary breadth of interests who was actively engaged with many of the big questions and important issues of his day. He was anti-slavery, anti-eugenics, anti-vivisection, anti-militarism, anti-Imperialism, a conservationist and an advocate of woman's rights. He strongly believed in the rights of the ordinary person, was a socialist, a proponent of land nationalisation, and an anti-vaccinationist (for rational reasons - also see THIS study). A materialist until his 40s, he gradually developed a belief in naturalistic, evolutionary spiritualism.

Wallace did not come from a privileged background and was largely self-taught. For a brief biography see https://wallacefund.myspecies.info/content/biography-wallace By the time of his death he  was probably the world’s most famous scientist, but since then his intellectual legacy has been overshadowed by Darwin’s, largely thanks to the “Darwin Industry” of recent decades. This ‘industry’ has led to a highly “Darwinocentric” view of the history of modern biology, and as a result many of the important contributions made by Darwin’s contemporaries, like Wallace, are currently underestimated and undervalued. The Wallace Memorial Fund's mission is to ensure that Wallace is given due credit for his many groundbreaking contributions to science. This is obviously not for his benefit (since he is dead!), but to ensure that the historical record is accurate.

*For all the latest Wallace news see the Wallace Facebook page*

"Poets and moralists, judging from our English trees and fruits, have thought that small fruits always grew on lofty trees, so that their fall should be harmless to man, while the large ones trailed on the ground. Two of the largest and heaviest fruits known, however, the Brazil-nut fruit (Bertholletia) and durion, grow on lofty forest trees, from which they fall as soon as they are ripe, and often wound or kill the native inhabitants. From this we may learn two things: first, not to draw general conclusions from a very partial view of nature, and secondly, that trees and fruits, no less than the varied productions of the animal kingdom, do not appear to be organized with exclusive reference to the use and convenience of man." (From Wallace's 1869 book The Malay Archipelago).

The content on this site was written by evolutionary biologist, entomologist and Wallace scholar Dr George Beccaloni except where noted. George is the Director of the Wallace Correspondence Project and a co-executor of Wallace's Literary Estate. He was the Historical Consultant for the multi award-winning BBC series about Wallace, Bill Bailey's Jungle Hero and the co-author of the book Natural Selection and Beyond: The Intellectual Legacy of Alfred Russel Wallace. All views expressed on the site are his own. Most of the images on this site are copyright of their creators and may not be reproduced in any form without permission. For more information about reproducing images please CLICK HERE. To email George CLICK HERE.

The site was launched in January 2008 and is maintained by George Beccaloni.
Please feel free to link to any of the site's content.
The Wallace Fish is copyright of Chris Clarke. 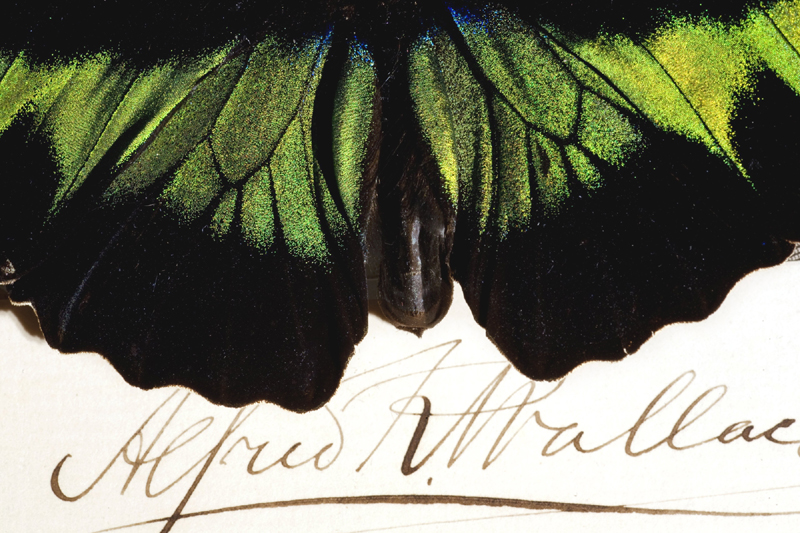