This page contains strange but interesting things related to Wallace which I don't know where else to put!

1) 'Acri ~The Legend of Homo-Aquarellius', a 1996 Japanese movie directed by Tatsuya Ishii features Wallace in the curious storyline. A reviewer comments "From the very beginning of this movie you know its going to be serious. The violin music and the psuedo film noir opening are hints to this. And as the movie develops this serious aspect becomes even more prevelent. Ranging from the scientist trying to prove the existence of mermaids to the love affair someone has with a fish. The really weird part in this movie is where a guy gets it going on with a mermaid. Needless to say this is weird but what makes it worse is that this scene is being treated like it is supposed to be sensuous or something. But its not. In fact its just plain icky. Its like watching somone mate with a bipedal turqoise carp. And finally one of the really unusual things about this movie was the way the mermaids look. The do not resemble traditional mermaids but look like a cross between a grey alien, elephant, carp, seal and somone wearing spandex (If you can imagine that)." - for details see HERE There was a 1997 book based on the film called 'Wallace and the Mermaid' - see below.

4) 'The Fall', a 2006 adventure fantasy film directed by Tarsem Singh features Charles Darwin in bright pink flamingo feathers and a bowler hat.  He is always accompanied by his quiet friend “Wallace” – an adorable monkey that he keeps in a bag.  In the film, Wallace comes up with all the good ideas, which Darwin gets all the credit for. See details HERE

1) Wallace tattoos! I have not seen many, but here are some

One belonging to Renzo Ferreira (Brazil) 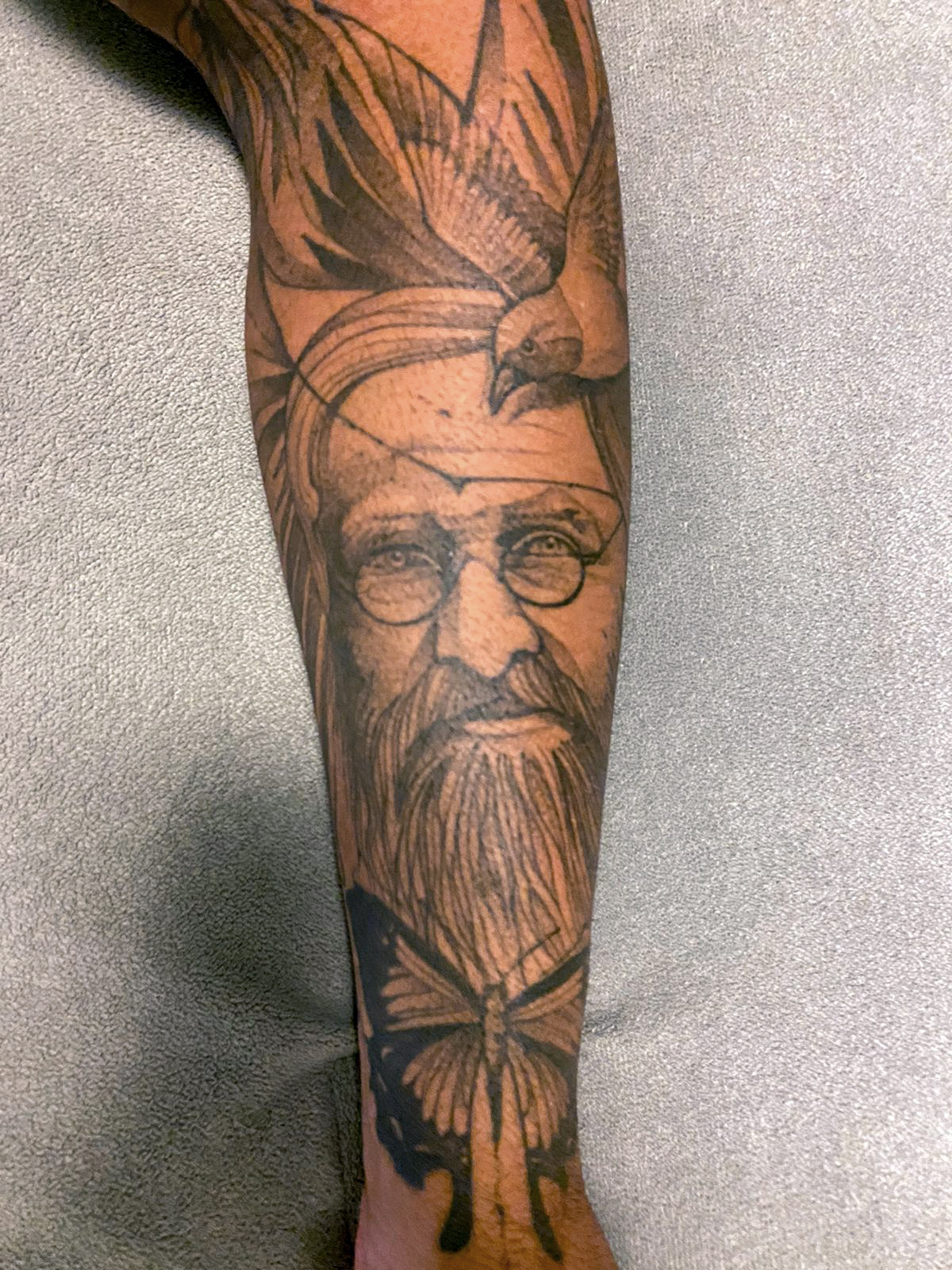 3) History of evolution in cartoon form, featuring Wallace of course.

4) An excellent cartoon featuring Wallace as the Boy Wonder.

5) Wallace's great grandson's car number plate. Bill lives in Canada, where you can apparently have more-or-less what you like on your number plate for a small fee. 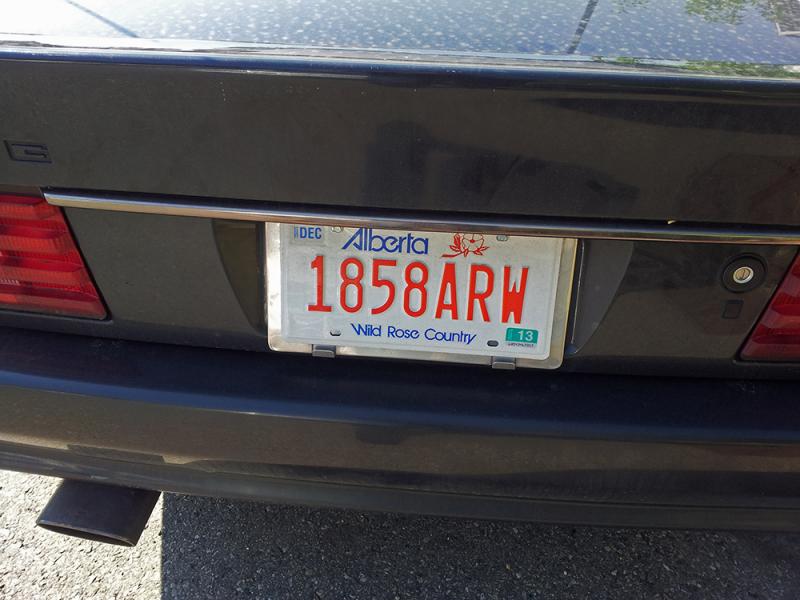 7) Darwin and Wallace: the lost photograph.

8) Nice cartoon about Darwin and Wallace by Chris Madden in 2009.

9) A cartoon by Victorian artist Benjamin Waterhouse Hawkins (the designer and sculptor of the famous Crystal Palace dinosaurs) which lampoons the idea that humans and other animals are related. Note the names of Darwin and Wallace spelled out in twigs. This is the first cartoon I have seen about evolution from the 19th century (albeit an unpublished one) that includes Wallace. CLICK HERE and scroll down.

2) "The Wallace Song" by the Pyr Project

1)  An impressive sculpture in the Royal Botanic Gardens, Sydney, Australia, which was installed to celebrate Darwin's 200th birthday, has a reference to Wallace on it, which reads "Where's WALLACE?". Their website explains: "Where’s W A L L A C E? This ‘Where’s Wally’ style question has been included in recognition of Alfred Russel Wallace (1823-1913) who postulated the theory of evolution at the same time as Darwin. The Darwin-Wallace paper was read before the Linnean Society 1 July 1858 and published in their Proceedings Vol. 3 1858. pp. 45-62."

2) 'Woresu no ningyo' (Wallace and the Mermaid) is a 262 page book, in Japanese, by Iwai Shunji which was published in 1997. I quote: "Originally written as a screenplay for the 1996 film Acri, directed by Ishii Tatsuya, the story springs from the fanciful premise that Alfred Russel Wallace, whose theories on evolution were as significant as Darwin’s, left behind his notes on having raised a mermaid. These notes come into play when a group of American biologists capture a merman in northern Australia. Transported to the United States as the object of further study, the merman dies unexpectedly—in the act of masturbation.

Fast forward three years when a Japanese college student, who’d been thought drowned in a shipwreck off Okinawa, emerges from the sea. Researchers determine that he is descendant of Wallace’s mermaid, and they begin a search for his mother. Woresu no ningyo is a novel of a surprising scale that positions mermaids in the history of human evolution.."

3) A wacky webpage about the Wallace Line.

4) A plaque to Charles Darwin beside Lake Wallace - unintended irony!

5) "Mt. Wallace" (13,377 ft.), named by Theodore S. Solomons in 1895, is one of the "Evolution Group" peaks of the Sierra Nevada in California. Amusingly the following website states "The name [of this mountain] was subsequently transposed on the U.S.G.S. map to the westerly ridge of Mount Darwin, but has since been restored to original location." - see http://www.yosemite.ca.us/library/place_names_of_the_high_sierra/w.html