On my various visits to Ternate over the years (and now especially as part of the ‘In the Wake of Wallace’ cruises  I have taken an interest in the location of Wallace’s house where he felt so relaxed and able to recuperate to gain strength before his next voyage in the eastern seas.  There has been a lot written about the candidate sites and houses, and it is generally felt that the house owned by the Sultan’s family opposite the Sultan’s Mosque cannot be the correct house because of its dimensions and structure.

On my last visit in January 2013 I thought I’d take a measuring tape and measure it myself.  Referring to Wallace’s floor plan in The Malay Archipelago, the room on the left is marked as 11x20 feet – and when we measured it, it was 11x21 feet.  The veranda which people have said is wholly out of proportion is marked as 40x10. We found it was 50x12 (which is proportionately roughly the same, if somewhat larger).  The biggest difference is the central Hall which is marked as 20x18 and we found was 26x21.  So, to be sure, this house is different, but it is not so different.  I find it strange that measurements for a Dutch-inspired house should have been so precisely round in its British Imperial measurements: 40, 20, 10 and others. Maybe he was giving us are talking approximate measures? 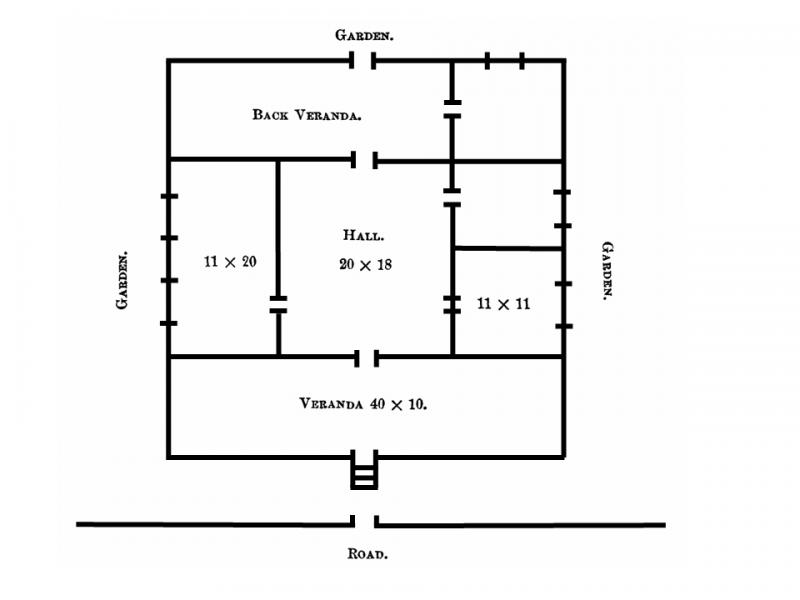 Other posts on this blog (see Here and Here Also see Here) have noted that the house has concrete pillars and brick/concrete walls not the wooden ones which Wallace describes. The wood was off the floor to avoid the worst of the termite damage, but exposed timbers still suffer from some termites but also from carpenter bees. Anyone who has lived in the tropics will have been pestered by these in the woodwork, and it is no wonder that as funds and materials became available that wood would have been replaced by brick and plaster. I think of all the Georgian houses in the UK which are Tudor half-timbered constructions with a Georgian facing built over them – but it is no less of a Tudor core.

The story I was told was that Wallace stayed in this house for a while until he found his long-term house. Maybe. I think I will keep taking people to this one because the floor plan is basically the same and is contemporary (even if altered). It’s certainly a lot more interesting than the possible actual site! 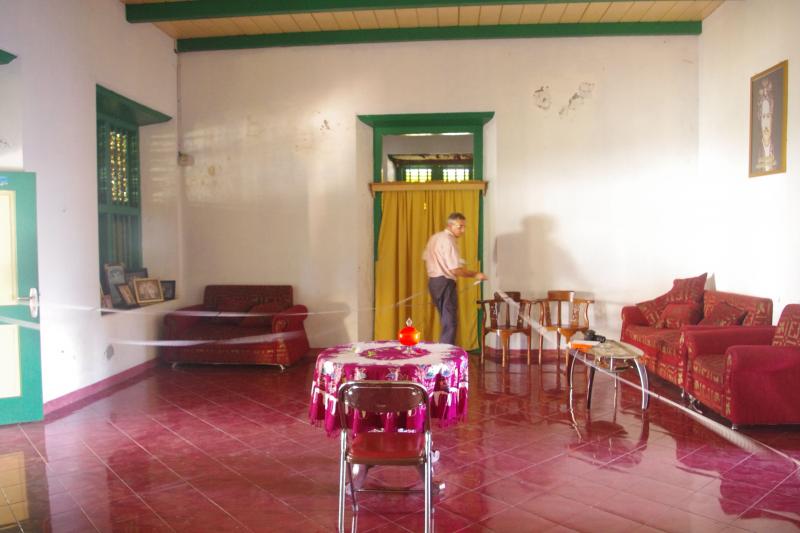 Tony measuring a room in the house ©Isabelle Desjeux